Just imagine if you could go back in time, to the day when David Ben Gurion declared Israel`s independence and you had the duty to speak after Ben Gurion finished?

Everyone in the room, including the world`s press is eagerly waiting to hear what you are going to say!

What do you think the reaction would have been? 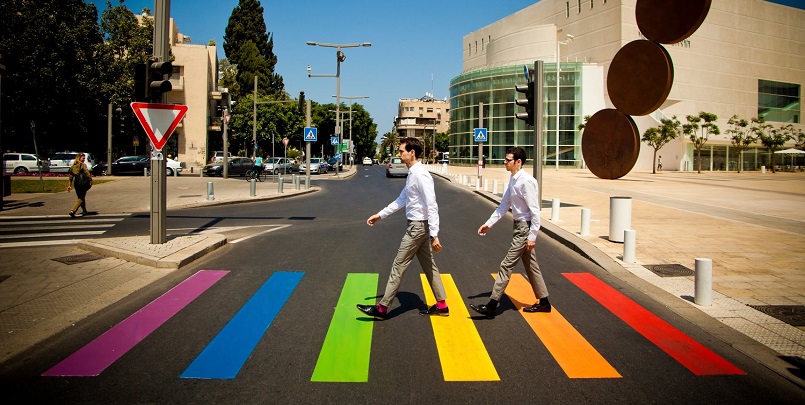 In the past, some reports have described it as the biggest parade in the world!

There are plenty of other parades all over Israel!

Naturally the MSM in Israel is delighted with all this activity. “The Times Of Israel” seems particularly delighted!

Eight other cities have pride parades in the coming weeks. The Tel Aviv parade will be held on June 8. In Haifa there will be a parade on June 22; in Beersheba on June 28; in Rishon Lezion on June 29; in Ashdod on July 6; in Hadera on July 13; in Rehovot on July 19, and in Jerusalem on August 2.

At the end of the age God does not call Jerusalem by the name Jerusalem, he calls it SODOM AND EGYPT.

Revelation 11:3 ¶ And I will give power unto my two witnesses, and they shall prophesy a thousand two hundred and threescore days, clothed in sackcloth.
4 These are the two olive trees, and the two candlesticks standing before the God of the earth.
5 And if any man will hurt them, fire proceedeth out of their mouth, and devoureth their enemies: and if any man will hurt them, he must in this manner be killed.
6 These have power to shut heaven, that it rain not in the days of their prophecy: and have power over waters to turn them to blood, and to smite the earth with all plagues, as often as they will.
7 And when they shall have finished their testimony, the beast that ascendeth out of the bottomless pit shall make war against them, and shall overcome them, and kill them.
8 And their dead bodies shall lie in the street of the great city, which spiritually is called Sodom and Egypt, where also our Lord was crucified.
9 And they of the people and kindreds and tongues and nations shall see their dead bodies three days and an half, and shall not suffer their dead bodies to be put in graves.
10 And they that dwell upon the earth shall rejoice over them, and make merry, and shall send gifts one to another; because these two prophets tormented them that dwelt on the earth.
11 And after three days and an half the Spirit of life from God entered into them, and they stood upon their feet; and great fear fell upon them which saw them.
12 And they heard a great voice from heaven saying unto them, Come up hither. And they ascended up to heaven in a cloud; and their enemies beheld them.
13 And the same hour was there a great earthquake, and the tenth part of the city fell, and in the earthquake were slain of men seven thousand: and the remnant were affrighted, and gave glory to the God of heaven.