Over the years, I have found God`​s providence to be a truly wonderful thing. If you patiently rely on God`s providence, you do not have to waste your time scheming and conniving.

By God`s grace, the Lord presented me with a wonderful work of providence this afternoon.

Due to the heavy rain which fell earlier today, I did not take my dog walking as usual to the Grove playing fields, as it would be too mucky.

Instead I had a lovely dog walk along the Belfast dockside, it is really nice down that way now.

On the return leg of my walk, who should just happen to be outside the UTV studios as I walked by?

None other than Sammy Lundy MP, aka Sammy Wilson MP. He was talking to one of those UTV “journalists,” it looked like he was preparing to give a camera interview. 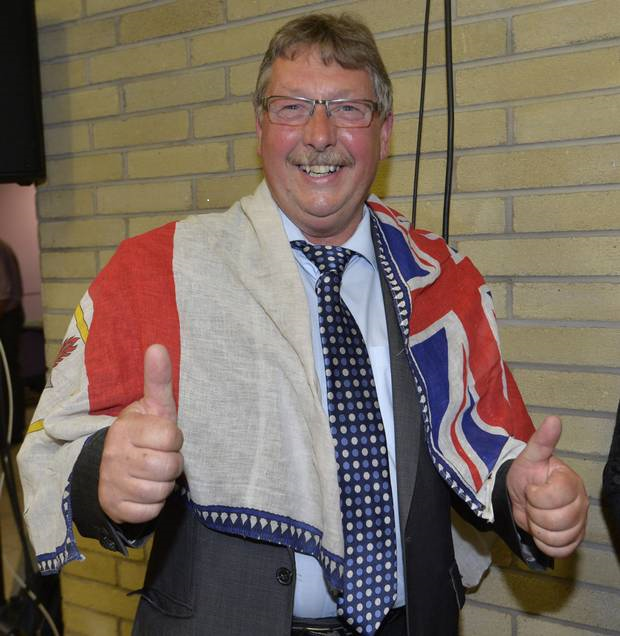 Naturally I just had to ask him why he does not call the EU by it`s real name, The Kingdom Of Antichrist?

You should have seen his face!!

Going further, I told him, “You know rightly it is the Kingdom Of Antichrist but you are too scared to say it publicly!”

You can watch Sammy perform to the gallery in the video below, he appears at approx 16.45 on the time line.

I have not watched it, as I am sure it is a waste of time, I am also sure he never told the audience about the true nature of the Kingdom of Antichrist and it is certain he never called it by it`s true name!

This video was filmed in the Grove Playing Fields, the soundtrack is a wonderful poem by the late James Young. You will find more sense in it, than you will listening to the likes of Sammy and his political cronies!

Just one of the numerous scripture verse about God`s providence can be seen below.

Proverbs 16:9 A man’s heart deviseth his way: but the Lord directeth his steps.