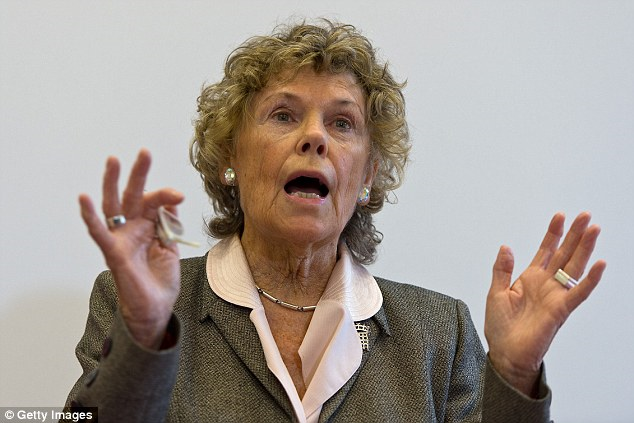 Kate Hoey MP, in this picture she looks like she has discovered a conspiracy?

Kate Hoey MP, says she fears a conspiracy related to the “Brexit” situation, why has it taken her so long to come to this realisation?

It is a shame that she and her fellow MPs cannot understand the true nature of the conspiracy? Perhaps some of the “Remainers” do, and they are happy to play their part in it?

It is a conspiracy which started thousands of years ago at Babylon. The same type of evil people who were on the earth at that time, have now emerged again and they are Satanically driven to try to create a one world government, a one world religion, a one world economy, all topped off with a one world ruler!

You do not have to be a genius to work it all out, you just  need to be granted God-given enlightenment!

MPs like Kate Hoey would be better served studying the Bible, rather than wasting their time examining Jesuitical contrived documents emanating from Antichrist`s Kingdom.

It would be a waste of time for Theresa trying to studying the Bible, she has made it clear she is a very, very, faithful servant of Antichrist.

Note, the verse below is worded in such a way for a reason, it is there to let you know they had only temporarily ended the building, indicating that one day they would re-start it again, “they left off” means a temporary stoppage.

Just like workers on a building site, who stop work of a Friday for the weekend, and who then start back to the building on the Monday.

The conspiracy is a Satanically inspired conspiracy!

Genesis 11:8 So the Lord scattered them abroad from thence upon the face of all the earth: and they left off to build the city.