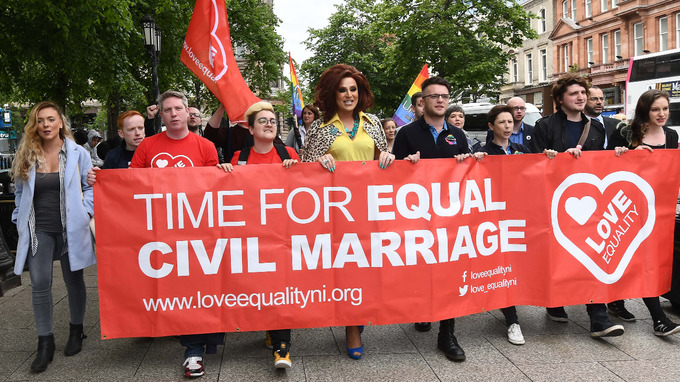 UTV is carrying a story about sodomania.

Just after the Leave vote victory, I published an article providing a great solution to these people`s problems.

Some of the individuals mentioned in the article have now left the political stage but the main idea is still applicable.

Here is a link to the article. THE ISSUE OF “GAY RIGHTS” SOLVED

Most of these people are unaware that all their activities are merely fulfilling Biblical end-time prophecies.

9 And in the twentieth year of Jeroboam king of Israel reigned Asa over Judah.

10 And forty and one years reigned he in Jerusalem. And his mother’s name was Maachah, the daughter of Abishalom.

11 And Asa did that which was right in the eyes of the Lord, as did David his father.

12 And he took away the sodomites out of the land, and removed all the idols that his fathers had made.