If you foolishly elect mass-murderers, large-scale bank-robbers and greedy liars into government, you should not be surprised by the outcome! 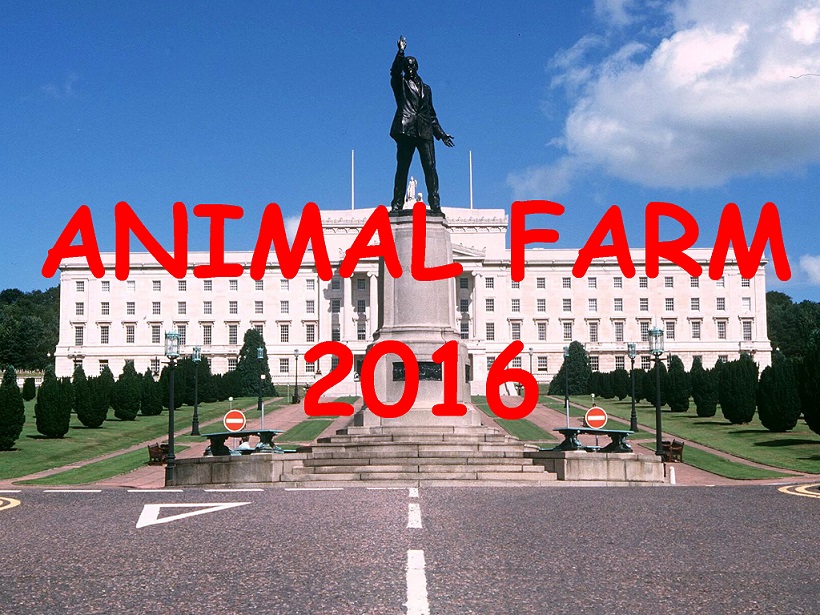 There was the same hearty cheering as before, and the mugs were emptied to the dregs. But as the animals outside gazed at the scene, it seemed to them that some strange thing was happening.

What was it that had altered in the  faces of the pigs? Clover’s old dim eyes flitted from one face to another. Some of them had five chins, some had four, some had three. But what was it that seemed to be melting and changing? 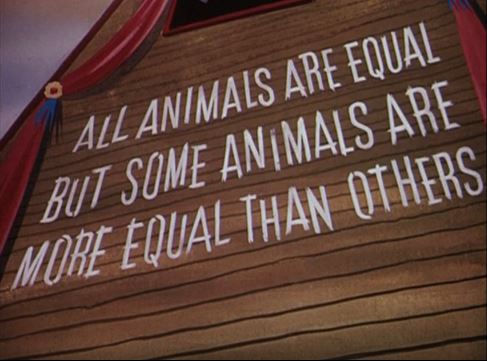 Then, the applause having come to an end, the company took up their cards and continued the game that had been interrupted, and the animals crept silently away. But they had not gone twenty yards when they stopped short.

An uproar of voices was coming from the farmhouse. They rushed back and looked through the window again. Yes, a violent quarrel was in progress.

There were shoutings, bangings on the table, sharp suspicious glances, furious denials. The source of the trouble appeared to be that Napoleon and Mr. Pilkington had each played an ace of spades simultaneously.

Twelve voices were shouting in anger, and they were all alike. No question, now, what had happened to the faces of the pigs. The creatures outside looked from pig to man, and from man to pig, and from pig to man again; but already it was impossible to say which was which.