The powerless poodles of the Kincora Old Boys are about to embark upon possibly their greatest ever failure of a stunt.

The people who have brought you such epic failures as; The third force, The Ulster Resistance, The smash Sinn Fein campaign, The Unionist Forum, The Graduated Response and many other failures too numerous to mention are now going to embark on an “Exclude IRA/MI5 campaign. 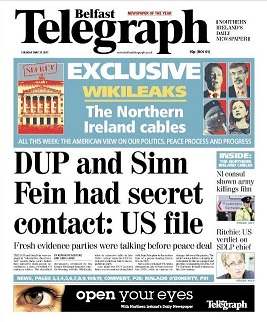 Their sad floundering around trying to look relevant can’t help but conjure up in my mind some  of the saddest words in the Bible. 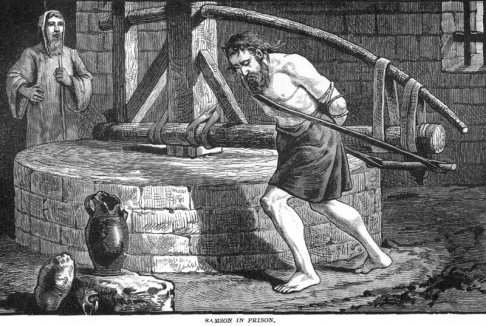 Samson had been a powerful deliverer for the ancient Hebrews and had displayed epic feats of victory.  Tragically he departed from the Lord, yet he never realised the implications or the powerless state he found himself in. Samson thought he could just go and perform as he had in the past, yet it was to no avail!

The Bible sums it up in a succinct phrase. “And he wist not that the Lord was departed from him.”

The deluded fools of “Political Unionism” have long ago rejected God, now God has rejected them.

Still, it should be interesting watching them flounder around trying to act as if the are important and relevant.

“Political Unionism” cannot even manage to get an Orange parade up the Crumliin Road, so if they cannot do a comparatively easy thing like that, it is certain they will not be able to a much greater thing like getting the IRA/MI5 movement excluded from goverment?

19 And she made him sleep upon her knees; and she called for a man, and she caused him to shave off the seven locks of his head; and she began to afflict him, and his strength went from him.

20 And she said, The Philistines be upon thee, Samson. And he awoke out of his sleep, and said, I will go out as at other times before, and shake myself. And he wist not that the Lord was departed from him.

21 But the Philistines took him, and put out his eyes, and brought him down to Gaza, and bound him with fetters of brass; and he did grind in the prison house.