Unfortunately for ordinary people like me and you, there happens to exist an elite group of people throughout the word made up of all nationalities, religions and non-religions. They have been given carte blanche authority to plunder the world`s wealth in all it`s forms and they are above the law.

This is because they happen to be the Antichrist`s Carpetbaggers. Here is an example of just two of them.

One player is called Simon Peres. For most of his life he has been portrayed as representing the interests of Israel and the Israeli people. 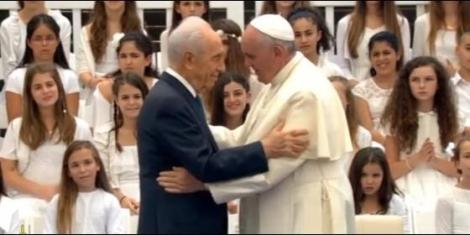 The other player was Yasser Arafat. For most of his life he was portrayed as representing the interests of a “Palestinian terror group” and the Palestinian people.

In actual fact Simon Peres and Yasser Arafat were both business partners! By the way, this is only a small fraction of Pere`s criminality.

Check it out for yourself.

It is amazing what you can get away with, if your doing it all in the name of “THE NEW WORLD ORDER.”

They always insist of calling it, ” THE NEW WORD ORDER” because if they called it by it`s true name “THE OLD WORLD ORDER” it would give the game away!

What they are really trying to do is finish off what Nimrod started, they want to bring about a one world government, with a one word religion and a one world economy, naturally the Antichrist will be the head honcho of the whole thing.

Cerebus and it`s associate cartels are merely another manifestation of the Antichrist`s carpetbaggers. That is why no law enforcement agency in the world will be allowed to genuinely investigate it`s activities.

Revelation 18:1 And after these things I saw another angel come down from heaven, having great power; and the earth was lightened with his glory.

2 And he cried mightily with a strong voice, saying, Babylon the great is fallen, is fallen, and is become the habitation of devils, and the hold of every foul spirit, and a cage of every unclean and hateful bird.

3 For all nations have drunk of the wine of the wrath of her fornication, and the kings of the earth have committed fornication with her, and the merchants of the earth are waxed rich through the abundance of her delicacies.