The best laugh of the day is awarded to Antichrist. 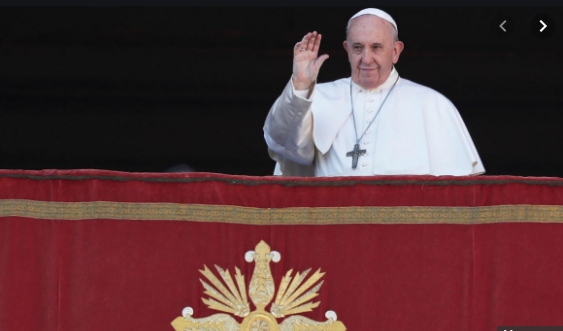 The man whose conscience is seared with a hot iron has been “praying” that stony and self centred hearts be softened in order to end suffering.

Naturally the BBC gives considerable coverage to the story.

1 Tim 4:1 Now the Spirit speaketh expressly, that in the latter times some shall depart from the faith, giving heed to seducing spirits, and doctrines of devils;

2 Speaking lies in hypocrisy; having their conscience seared with a hot iron;

3 Forbidding to marry, and commanding to abstain from meats, which God hath created to be received with thanksgiving of them which believe and know the truth.

4 For every creature of God is good, and nothing to be refused, if it be received with thanksgiving:

5 For it is sanctified by the word of God and prayer.

6 If thou put the brethren in remembrance of these things, thou shalt be a good minister of Jesus Christ, nourished up in the words of faith and of good doctrine, whereunto thou hast attained.