Murder in East Belfast has dominated most of the news over the past week. I suspect I can safely say, most people in N.Ireland will not be surprised if the pattern of the latest murder fits the same pattern as many other previous murders? 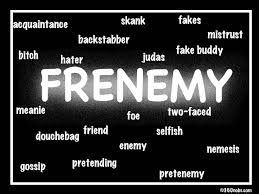 It is strange how most people seem to have an inbuilt sense of loathing about those who show the characteristics of a certain Judas Iscariot. Is this because this type of activity is so closely linked with the Devil?

Judas was a thief, who liked to portray himself as someone who was concerned about the needs of the poor.

John 13:21 When Jesus had thus said, he was troubled in spirit, and testified, and said, Verily, verily, I say unto you, that one of you shall betray me.

22 Then the disciples looked one on another, doubting of whom he spake.

23 Now there was leaning on Jesus’ bosom one of his disciples, whom Jesus loved.

24 Simon Peter therefore beckoned to him, that he should ask who it should be of whom he spake.

25 He then lying on Jesus’ breast saith unto him, Lord, who is it?

26 Jesus answered, He it is, to whom I shall give a sop, when I have dipped it. And when he had dipped the sop, he gave it to Judas Iscariot, the son of Simon.

27 And after the sop Satan entered into him. Then said Jesus unto him, That thou doest, do quickly.

28 Now no man at the table knew for what intent he spake this unto him.

29 For some of them thought, because Judas had the bag, that Jesus had said unto him, Buy those things that we have need of against the feast; or, that he should give something to the poor.

30 He then having received the sop went immediately out: and it was night.