A few weeks ago, the Temple Institute in Jerusalem claimed that a red heifer had been born in Israel, which currently meets the requirements needed to be sacrificed as part of the purification rites, according to their views of the Mosaic law. 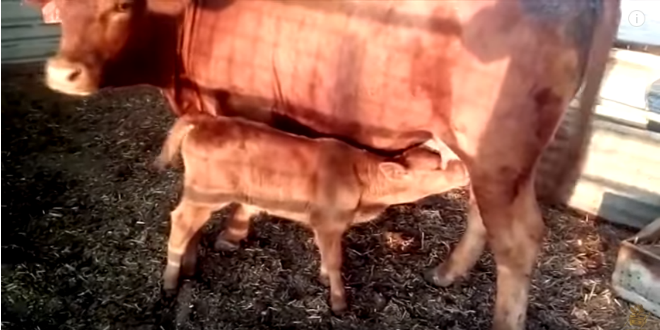 The heifer will now be monitored closely in order to detect any blemishes upon it which would render it flawed.

Religious zealots who run the Temple Institute, claim they want to rebuild the third Hebrew temple, and the red heifer is a necessary prerequisite in order for them to set about the task.

What intrigues me about this, is the possibility that the news about the red heifer will greatly stir up the religious Jews to start a really forceful political campaign, to achieve their claimed goal of seeing a third temple re-built?

So far, the religious zealots involved in the drive for a third temple have only really payed lip service regarding their ambitions, plus they have used the desire among world Jewry for a third temple as a nice money making racket.

As far as I can gather, they are claiming they have made all the necessary accoutrements for the temple service, even a replica Ark Of The Covenant.

Due to their Spiritual blindness, the religious zealots in the Temple Institute, are totally ignorant of the sinister nature of what they are doing and the demonic purpose which the Devil has for the third temple.

Numbers 19:1 ¶ And the LORD spake unto Moses and unto Aaron, saying,
2 This is the ordinance of the law which the LORD hath commanded, saying, Speak unto the children of Israel, that they bring thee a red heifer without spot, wherein is no blemish, and upon which never came yoke:
3 And ye shall give her unto Eleazar the priest, that he may bring her forth without the camp, and one shall slay her before his face:
4 And Eleazar the priest shall take of her blood with his finger, and sprinkle of her blood directly before the tabernacle of the congregation seven times:
5 And one shall burn the heifer in his sight; her skin, and her flesh, and her blood, with her dung, shall he burn:
6 And the priest shall take cedar wood, and hyssop, and scarlet, and cast it into the midst of the burning of the heifer.
7 Then the priest shall wash his clothes, and he shall bathe his flesh in water, and afterward he shall come into the camp, and the priest shall be unclean until the even.
8 And he that burneth her shall wash his clothes in water, and bathe his flesh in water, and shall be unclean until the even.
9 And a man that is clean shall gather up the ashes of the heifer, and lay them up without the camp in a clean place, and it shall be kept for the congregation of the children of Israel for a water of separation: it is a purification for sin.
10 And he that gathereth the ashes of the heifer shall wash his clothes, and be unclean until the even: and it shall be unto the children of Israel, and unto the stranger that sojourneth among them, for a statute for ever.