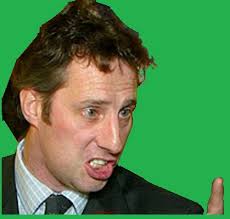 Tumbledown Dick has been hogging the news headlines over the past two days. He always has loved being in the spotlight, though not this kind.

Quite a few allegations have been made against him, however there is one allegation which is highly laughable and quite preposterous.

The allegation that he has “BROUGHT WESTMONSTER INTO DISREPUTE,” cannot be allowed to stand.

It is impossible to bring Westmonster into disrepute, as it does not have any honour to disgrace!

The whole of the KOBA knows Tumbledown Dick is a rogue, and he always has been, it is no secret.

He knows about the dirt relating to all the other KOBA players, and they know most of the dirt about him. So we have a sort of rogues stand-off between them all.

One thing he has in his favour, is the fact he can be very affable on a personal level, one local commentator has pointed this out in an article I read earlier today.

He does not like being called Tumbledown Dick though, even though it is all coming to pass, he is following in the footsteps of Oliver Cromwell`s son!

Just sit back and have a good laugh at the KOBA destruction, they deserve it, lundies to the very core!

Just cast your mind back to 1968? The Free Presbyterian Church and Ian Paisley snr were riding the crest of a popularity wave. The DUP had not yet been born, Kincora was unknown, little did they know the whole thing was destined to end in tears and disgrace!

John 13:7 Jesus answered and said unto him, What I do thou knowest not now; but thou shalt know hereafter.