In the amazing age in which we live, it has been made so easy to filter out time-wasting garbage regarding news items.

All I do nowadays is scan an article title and if it catches my attention I will have a look to see if it is worth reading. No doubt many others are doing the same thing.

Such a title caught my attention yesterday, so I read the article, when I finished I found out it was written by Alex Kane.  If I had known before hand he had written it, I would not have wasted my time reading it. Kane is one of the foolish “atheists” who is proud of his “atheism” and loves to let everyone know he is an “atheist.”

Little does he know, he is only proclaiming what a reprobate he is!

The article focuses attention on the 1998 Assembly elections. This has a direct link to the “Mental Health” problems which I now have.

One deluded fool who stood in the 1998 elections was John White of the UDP.  Due to all the publicity these characters had received in the run-up to the elections, they had actually convinced themselves they were going to get elected.

John White can be seen at the start of the video below.


When the votes were counted John White was humiliated, the problem is, he blamed some of my friends and me for his humiliation.

As a consequence, I suspect I was surreptitiously spiked with drugs and some of my friends had paint stripper poured over their cars.

Naturally all the individuals in this escapade are “informants”/ “protected species.”  The problem for them lies in the fact they are not well enough protected.

The ringleader of the attack of my friends cars was this character, his name was Thomas English. 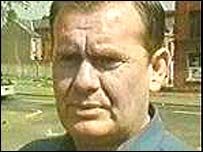 I am now in no doubt the individual who put Thomas English up to carrying out the attacks was John White. He would have been too frightened to do it otherwise.

John White was and possibly still is a sodomaniac.  He used the fact he had been jailed for two murders as a way to intimidate people.

The truth of the matter is, he did not carry out the stabbings which give the incident it`s notoriety, he only drove the car. 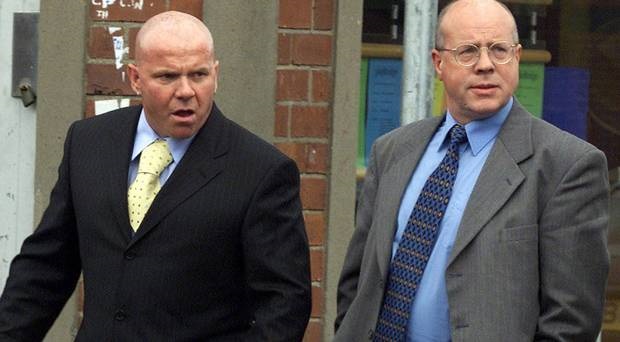 It would not surprise me at all, if one day the news suddenly reports that John White has been stabbed to death somewhere in England?

There is another aspect about John White which is interesting.  He told me he was not at the combined loyalist military command meeting which sentenced Billy Wright to death.

If you take time to look into the matter, you will find NO ONE is willing to admit they were at the meeting which sentenced Billy Wright to death!

However he did reveal he went to a meeting with other “Loyalists” in 10 Downing Street and met PM John Major.

During the meeting, John Major asked them what they intended to do about Billy Wright, and David Blunderman Ervine replied to John Major, “Billy Wright is your problem.”

“The rest of the story is history,” as the cliché puts it 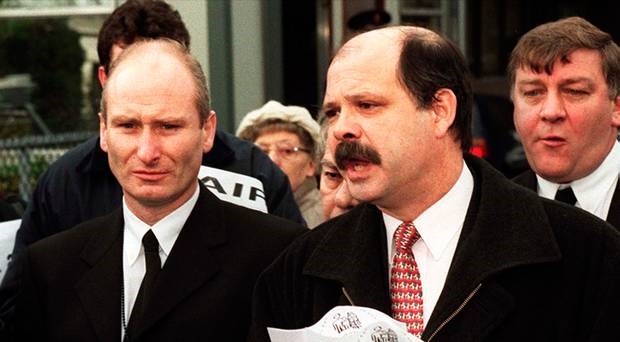 It could well have been the meeting shown in Peter Taylor`s video.

I have already published an article on this on another site in 2010.

How The British Government Murder People And Silence Dissent.

Over the past few days I have been pondering the great Spiritual truth about Sowing and Reaping.

If the stories about Billy Wright being a true believer are correct, then I would expect all those who played a role in his murder would feel the judgement of God fall upon them, particularly John Major? 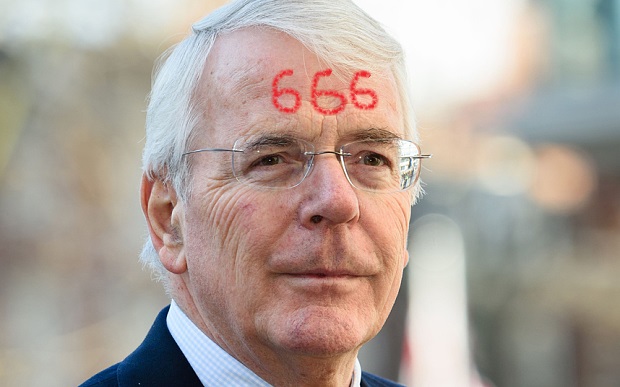 Murderer of Billy Wright and lover of Antichrist`s Kingdom

D L Moody did a brilliant series of sermons on this topic. At the minute they are on the internet and free for anyone to read, at this link.

A short section is below.

I think this passage contains truths that no infidel or sceptic will dare to deny. There are some passages in the Word of God that need no other proof than that which we can easily find in our daily experience.

This is one of them. If the Bible were to be blotted out of existence, the words I have quoted would be abundantly verified by what is constantly happening around us. We have only to take up the daily papers to see them being fulfilled before our eyes.

I remember giving out this text once when a man stood right up in the audience and said:

He didn’t want to believe it. When the meeting broke up, an officer was at the door to arrest him. He was tried and sent to the penitentiary for twelve months for stealing. I really believe that when he got into his cell, he believed that he had to reap what he sowed.

We might as well try to blot the sun out of the heavens as to blot this truth out of the Word of God. It is heaven’s eternal decree. The law has been enforced for six thousand years. Did not God make Adam reap even before he left Eden? Had not Cain to reap outside of Eden? A king on the throne, like David, or a priest behind the altar, like Eli; priest and prophet, preacher and hearer, every man must reap what he sows. I believed it ten years ago, but I believe it a hundred times more to-day.