Are Chess players taking over the UK?

It turns out yer woman Eagle is a chess player. 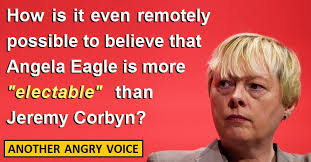 Jonathan Arnott who is standing for UKIP is also a chess player.

The Antichrist`s bitch is not a chess player, I can tell because she is a lying cheating, deceiving, bitch and deceivers and chancers cannot play  chess well.

There is a quaint saying which sums the matter up.

On the chessboard, lies and hypocrisy do not survive long. The creative combination lays bare the presumption of a lie; the merciless fact, culminating in the checkmate, contradicts the hypocrite.
A Manual of Chess (London 1932)

Here is a video showing some players who recently lost winning positions because the ran out of time.

THE CLOCK OF LIFE

The clock of life is wound but once
And no man has the power
To tell just when the hands will stop
At late or early hour.

The present is our own,
So live love, toil with a will
Place no faith in “tomorrow,”
For the clock may then be still.