As far as most people in the world are concerned this article relates a pretty insignificant event. 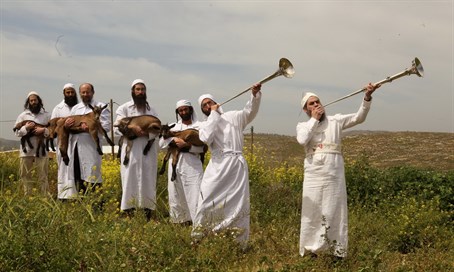 However, to those whom God has given wisdom it represents the commencement of a major event in world history.

The people involved in the event think they are doing something good which will benefit mankind.

Their great dream of religious glory will turn into their worst nightmare. They don`t know, or understand how it has come about that they are the mere dupes of the Pope of Rome, even though they have no link with the Vatican!

The Temple and all it`s works will ultimately be utilised by the Antichrist but at the moment these Jews are too Spiritually blind to see it or understand it.

Hebrews 9:28 So Christ was once offered to bear the sins of many; and unto them that look for him shall he appear the second time without sin unto salvation.