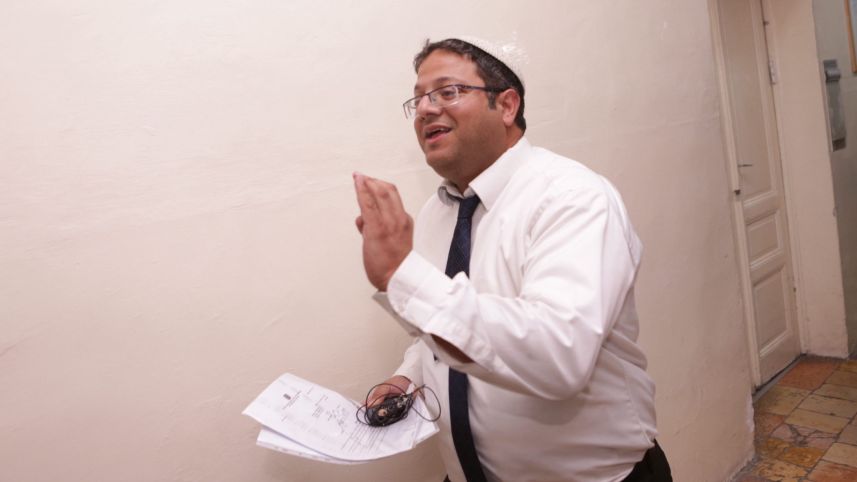 The strategies used by governments for espionage purposes and population control have basically been the same since espionage started.

Governments do not sit back and wait for the intense opposition to manifest itself on the streets in a way that may become unmanageable.

The phony “media-created personalities” then lead the genuine protestors up the garden path, ensuring that a genuine protest movement comes to nothing and leaves a large number of disillusioned protestors in its wake.

The guy in the picture above is one such “media-created phony protest leader,”  his name is Itmar Ben Gvir. As far as the general public are aware, Itmar Ben Gvir is an “Right-wing Israeli extremist.”  In reality he is a Special Branch agent who has been wrecking and ruining the Israeli “right-wing” for decades.

In the past he has organised “protests” which are designed to be so outrageous that the MSM have an easy task of making the right-wing protestors look like crazed demons.  If other sensible people organise a sensible protest he arrives on the scene and causes mayhem,  thereby making a well organised sensible protest a media laughing-stock.

Naturally he has been arrested on many occasions but he never goes to jail!

At the moment he has managed to re-invent himself as “an attorney,” and he is representing some young settlers who have been accused of murdering a baby in a terrorist attack.  Obviously the accused are going to be convicted and the crime will be used to demonize all the Israelis who live in Judea and Samaria.

Here is a link where you can read about some of Itmar Ben Gvir`s antics. Just remember, there are Itmar Ben Gvir`s in every country carrying out the same type of strategies and deceits. They are not hard to spot if you know what to watch out for.

By the way, the Israeli Special Branch is known as The Shabak.

‘We got to his car, and we’ll get to him, too,’ was how Itamar Ben-Gvir threatened the PM in 1995. Now a lawyer, he defends radicals suspected in cases of Jewish terror and hate crimes.

Someone once said, “Israelis make good soldiers, but they do not make good terrorists.”  I suspect the same can be said about Ulster Protestants.