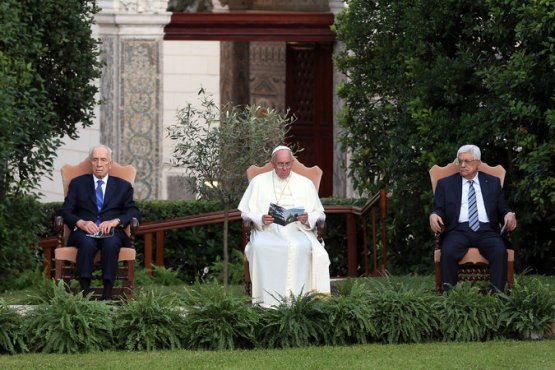 Antichrist with his puppets

There is something about morality which most people do not realise.

Human nature does not have a bottom line.  Mankind cannot consciously reach a stage where it decides for itself, “We have become evil enough, we will draw the line here and not get any more evil.”

The only way  mankind can restrained from it`s downward moral decline is by God intervening  and halting it like he did in the day of Noah.

It will happen again but this time it will not be by a flood. God will draw all the nations to Jerusalem and when it seems as if the Antichrist  and all the nations he controls are just about to wipe all the Jews and the nation of Israel of the face of the earth God will intervene to destroy Antichrist and all his puppet nations with him.

It is very strange that UK citizens never stop to think why MI5 and MI6 really exit? I mean if they really exist to protect the British state and to gather “Intelligence” on Britian`s enemies and potential  enemies why have they  never briefed the “British government of any hue  with the real intelligence facts about the Vatican?

Why have MI5 and MI6 never briefed a government that the Vatican is one gigantic worldwide criminal empire which runs multiple paedo-rings, it loots the exchequer of  all the world`s countries through it`s covert control of the world`s major banking systems, it instigates civil wars, it instigates major wars merely in order to make vast profits through the covert control of the arms industry, it assassinates political leaders who refuse to fall in with it plans, it controls the world`s drug trade and the list of it`s criminality just goes on and on.

Why is it that the “British” intelligence agencies are not aware of the Vatican`s criminality? Plus, why have they never briefed a British government with the following advice. “The Vatican is one  gigantic fraud, it is a criminal empire which uses a form of “religion” as a cover for it`s criminality. It is currently scheming to bring a bout a “One World Government” with the Pope as head of that government. It is also planning to exterminate all the Jews in the world and wiping the state of Israel of the face of the earth. We believe that the Vatican presents  a deadly threat to the UK and to the welfare of every citizen of the UK. We recommend that the UK government immediately break all contact with the Vatican and immediately launches  a major investtigation into all aspects of it`s criminal espionage in the UK.”

If the “British” intelligence services are not capable of revealing the true nature of the Vatican they cannot be much good  can they? As a matter of fact they must be so inept, incompetent and downright stupid that there is no point in having them is there?

1 Now we beseech you, brethren, by the coming of our Lord Jesus Christ, and by our gathering together unto him,

2 That ye be not soon shaken in mind, or be troubled, neither by spirit, nor by word, nor by letter as from us, as that the day of Christ is at hand.

3 Let no man deceive you by any means: for that day shall not come, except there come a falling away first, and that man of sin be revealed, the son of perdition;

4 Who opposeth and exalteth himself above all that is called God, or that is worshipped; so that he as God sitteth in the temple of God, shewing himself that he is God.

5 Remember ye not, that, when I was yet with you, I told you these things?

6 And now ye know what withholdeth that he might be revealed in his time.

7 For the mystery of iniquity doth already work: only he who now letteth will let, until he be taken out of the way.

8 And then shall that Wicked be revealed, whom the Lord shall consume with the spirit of his mouth, and shall destroy with the brightness of his coming:

9 Even him, whose coming is after the working of Satan with all power and signs and lying wonders,

10 And with all deceivableness of unrighteousness in them that perish; because they received not the love of the truth, that they might be saved.

11 And for this cause God shall send them strong delusion, that they should believe a lie:

12 That they all might be damned who believed not the truth, but had pleasure in unrighteousness.

13 But we are bound to give thanks alway to God for you, brethren beloved of the Lord, because God hath from the beginning chosen you to salvation through sanctification of the Spirit and belief of the truth:

14 Whereunto he called you by our gospel, to the obtaining of the glory of our Lord Jesus Christ.

15 Therefore, brethren, stand fast, and hold the traditions which ye have been taught, whether by word, or our epistle.

16 Now our Lord Jesus Christ himself, and God, even our Father, which hath loved us, and hath given us everlasting consolation and good hope through grace,

17 Comfort your hearts, and stablish you in every good word and work.