Are you aware that an amazing number of circumstances just happening to be coming together at this moment in history? Plus, they do have possible repercussions for world affairs and world history.

On one hand we have a number of naive, gullible, well-meaning Jews in Israel who strongly believe if they rebuild the Third Temple on the Temple Mount it will usher in an era of “world peace?????”


If I am not mistaken the Soviets used to refer to such people as “useful idiots.”

On the other hand, over the past 12 months the world has witnessed the rapid development of a frighteningly ruthless brand of mass-murderers who have been tagged with the name of ISIS.

The funny thing is; no one can explain their origins, or their ability to suddenly seize large parts of the Middle East in any convincing manner?  It is obvious they are a lot more sophisticated than just a rag-tag bunch or maniacal savages.

How have they learned their “expertise?”

What is even more funny about this collection of modern-day mass murderers is their “belief system?”  I have been informed this particular Islamic grouping DO NOT believe Muslims should be “worshipping” at so-called “Holy Sites.”

Below is a picture of the Dome of The Rock presently situated on the Temple Mount in Jerusalem. 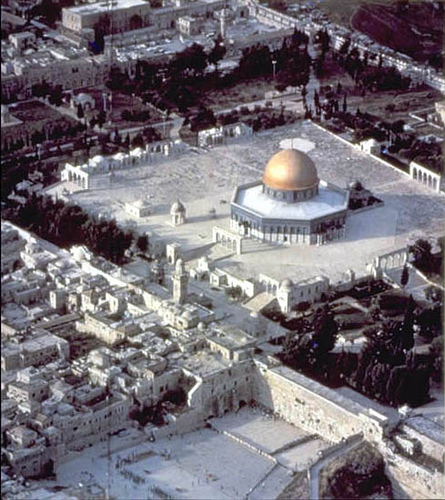 What is more, they have a very low view of so-called “Holy Sites,” particularly the Dome Of The Rock which currently is situated on the Temple Mount. Apparently if they ever get their way they will destroy the “Islamic Holy Sites.”

If you have three hands we could use the term “On the other hand,” once again as we have a third group of people who are also interested in the Temple Mount and the re-building of the third temple.

The Antichrist and all his Vatican controlled co-conspirators would be delighted if the Dome of the Rock in some way was “Disappeared.”  Antichrist and his minions have great plans for the Temple Mount and great plans to bring about a Satanically inspired, humanly contrived,  false “world peace.” The sad fact is, they will stop at nothing and use every diabolical scheme at their disposal to bring these events to pass.

By the way, I instinctively regard all major “Terrorist attacks” as False Flag operations until it becomes apparent they are not.

The video below shows the very historic and Biblically important sites in the immediate vicinity of the Temple Mount area.


2 Thess 2:7 For the mystery of iniquity doth already work: only he who now letteth will let, until he be taken out of the way.