David “Cocaine” Cameron and the UK establishment “Coincidence Theorists” will have to try a lot harder and be much more imaginative, if they are going to convince a large percentage of the UK population that there has been no organised paedophile rings operating at the Westmonster House of Perverts.

They will have to re-double their efforts if they are to convince people there are no paedo rings operating in the present day.

Then they will have to quadruple their efforts if they are to convince people there has never been a cover-up and there is no cover-up at this present time.

After that, they will have to intensive their efforts by fifty fold if they are to convince a highly sceptical section of the population that there are no other paedo rings operation outside Westmonster right across the whole UK.

A mere hundred fold increase in their efforts will be needed if they are to convince people many of these historic and present day paedo rings plus their cover-ups are not fashioned upon the Kincora template.

In the words of the notorious convicted paedo, MI5 AGENT, agent provocateur and highly informed William McGrath, “There are wheels within wheels!!!!!” 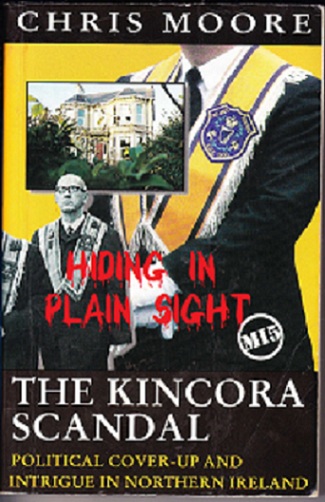 You cannot help wondering if McGrath had been well-informed of multiple rings being run right across the UK? It is obvious he did think of himself as a “highly important person” with a very important role to play in political life.

For overseas readers, here are links to just a tiny percentage of the reports which the “Establishment Coincidence Theorists” need to explain away.

Woman claim she was abused by her father and his MP “friend.”

My Tory MP father was a sexual pervert.

MP claims he told police of Westmonster paedos 26 years ago?

One of two witnesses claim they saw young boy murdered.

Remember, this is just a tiny percentage of the reports now in the public domain.


Even the most fanatical of  Establishment “Coincidence Theorists” would have to come up with a real whopper of an explanation to prove that all this sinister activity is not linked to “INTERNATIONAL” rings throughout the rest of Europe?

I re-collect saying some time ago, an episode of Prime Suspect broadcast on UK TV was not too wide of the mark?

Here is part of the episode for overseas readers. Who was “Edward Parker Jones” based upon?